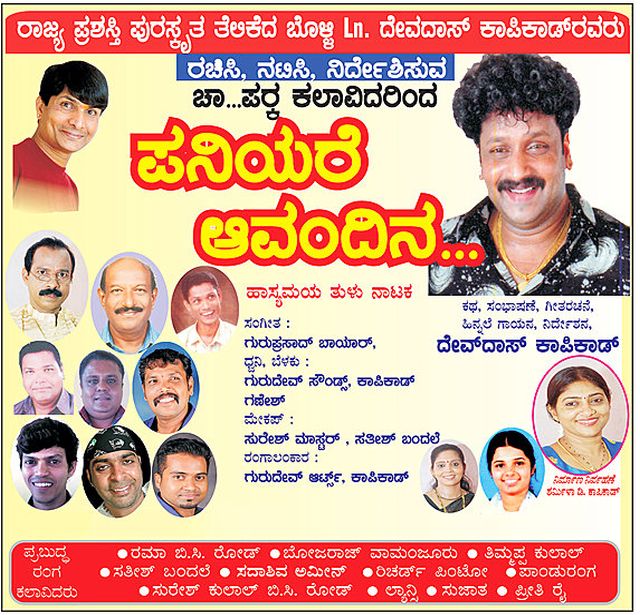 Kuwait: Tulu Koota Kuwait is presenting yet another mega Tulu Drama with Rib-tickling comedy scenes, signature dialogues and alongside a serious social message. Yes, this year’s best Tulu Comedy Drama – “Panyere Avandian” to be staged on Friday, October 26th, 2018 on Tulu Parba Day. The very famous Chaparka team lead by the living Tulu Drama legend Devdas Kapikad and his entire troupe will be in Kuwait to stage the drama.