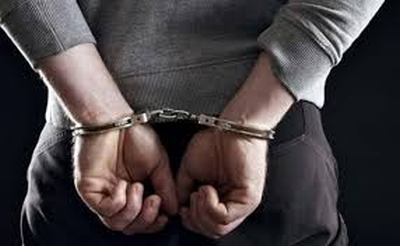 Kottayam (Kerala): Two Kerala Police officials were arrested on Wednesday by the Crime Branch after the autopsy report of a prisoner, who died at a hospital in Idukki district, revealed 22 injury marks on his body, most below the thighs, indicating that he was subjected to third degree torture while in custody.

After his arrest, Sabu collapsed and he was taken to the Medical College hospital, here as he was a cardiac patient and had undergone an angioplasty earlier. However, his condition is now reported to be normal.

The victim, Rajkumar, a small-time financial agent, was on June 12 rounded up by a group of people who he owed money to. After they realized that he was unable to repay their money, the group handed him over to the Nedumkandam police.

Police however, recorded his arrest only on June 16 and was later shifted to the state-run Peerumedu Taluk Hospital where he died on June 21.

The Congress-led opposition had taken up this case in a big way and the Kerala High Court also intervened, forcing Chief Minister Pinarayi Vijayan to announce a Crime Branch probe and suspend four police officials attached to the Nedumkandam police station and transfer eight others.

According to the probe team, more arrests of police officials are likely.

Former Home Minister and senior Congress legislator Thiruvanchoor Radhakrishnan, however, said this present probe by the police against the police is an “eyewash” only.

“We want a judicial probe into the episode and not a police probe. What’s going on now is nothing but an eye wash,” he said.