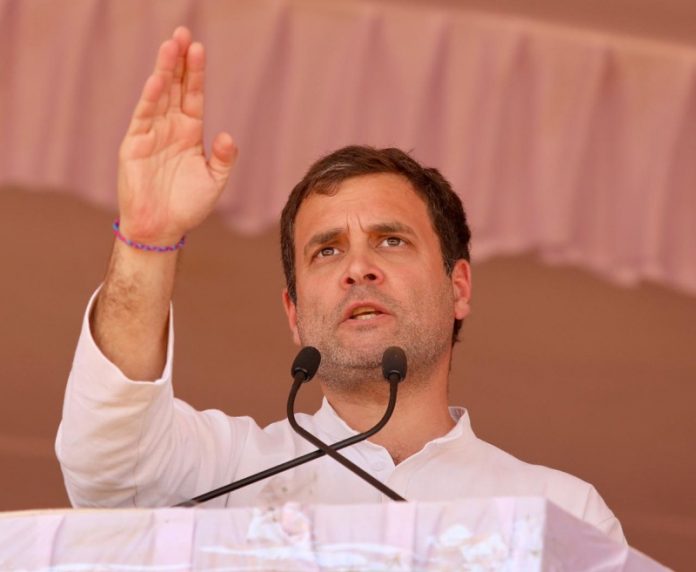 Rahul pleads ‘not guilty’, gets bail in RSS defamation case

Mumbai: A Mumbai Magistrate on Thursday granted bail to Congress leader Rahul Gandhi on a personal bond of Rs 15,000 in connection with a defamation case filed by an RSS worker, a party leader said.

The surety amount was provided by former Mumbai MP Eknath Gaikwad who accompanied him to the hearing.

Earlier, during the course of the short hearing, Gandhi pleaded ‘not guilty’ to the charges levelled against him by a Rashtriya Swayamsevak Sangh (RSS) worker.

The case was filed by RSS worker Dhrutiman Joshi who accused Gandhi of linking the right-wing organization with the murder of Bengaluru-based journalist Gauri Lankesh in 2017.

In his plea filed in 2017, Joshi had contended that barely 24 hours after the Lankesh killing, Gandhi had posted tweets allegedly blaming the RSS and its ideology for the journalist’s murder.

“For a mere political score, the accused (Gandhi) had unnecessarily dragged the name of RSS and it is a move to rake up negative sentiments in the minds of people against the RSS,” Joshi’s complaint said.

He added that statements made by the accused and the respective political parties are in utmost sense defamatory and belittle the RSS in the public eyes, which was a definite move by the accused to tarnish the image of RSS without any proof.

Gandhi’s only engagement in Mumbai was to appear in the Sewree Metropolitan Magistrate Court before he returns to New Delhi, Mumbai Congress party chief Milind Deora told IANS.

This is the second petition filed by an RSS activist in Maharashtra against Rahul Gandhi, MP from Wayanad in Kerala.

In 2014, a local functionary, Rajesh Kunte had filed a plea against him for allegedly blaming the RSS for the assassination of Mahatma Gandhi. The case is pending in Bhiwandi Court in Thane.

A large number of Congress activists led by Deora, former city chief Sanjay Nirupam and other leaders welcomed Gandhi at the Mumbai Airport on his first visit to the city a day after he quit as party President.

Thousands more lined up enroute and outside the court in Mazagaon waving party flags and raising slogans, asking him to take back his resignation as Congress chief.