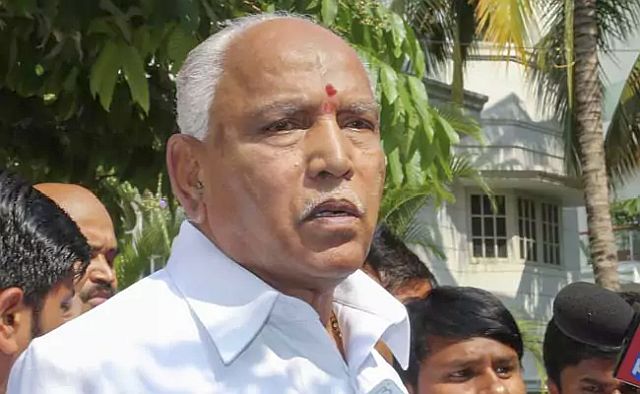 Bengaluru: BJP leader B.S.Yeddyurappa will take oath as Karnataka chief minister on Friday evening after he staked claim to form the new government with Governor Vajubhai Vala at Raj Bhavan in Bengaluru.

“As the Governor has given permitted our party (BJP) to form the government, I will be taking oath around 6-6.15 p.m. today (Friday) evening at Raj Bhavan,” a beaming Yeddyurappa told reporters after meeting Vala.

Yeddyurappa met the Governor after the party’s national president Amit Shah asked him to stake claim to power and swear in as chief minister by today itself, a party spokesman told IANS here.