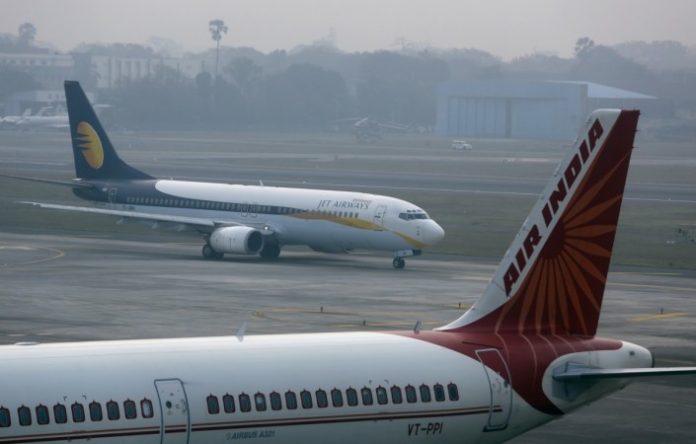 Air India, SpiceJet to fly Jet planes from next week

NEW DELHI: Some of Jet Airways’ grounded planes will start flying by next week, possibly as early as Tuesday itself. Highly placed sources say SpiceJet will take anywhere between 30 and 40 of Jet’s Boeing 737s while Air India will take five of the wide body Boeing 777s. The Maharaja may take some B737s for its budget arm, AI Express.

“Almost 40 to 45 planes will be operational within the next 10 days. This will help provide gainful employment with pay to some employees of Jet as the aircraft will be wet-leased (meaning hired with crew to operate them). The additional flights will mean the runaway fares will hopefully stabilise, at least on domestic routes to begin with.

Once AI starts using the B777s on international routes like London, Dubai and Singapore, fares to those places should also return to sane levels,” said a source. Depending on whether Jet’s ongoing bidding process is successful, the aircraft may return to Jet.

Aviation secretary P S Kharola had earlier said 75 planes used on domestic routes have gone out of the system (mainly due to Jet grounding) while other Indian carriers have bought in 58 planes in last five months.

The drop in capacity is 17 planes. “Other airlines have told us they will induct 31 more planes in May, June and July as per normal induction plans and they may get lease over 20 more. We have requested all airlines to expedite the induction as summer demand for travel is very strong,” aviation secretary P S Kharola had said.

If 30 to 45 Jet planes start flying with AI and SpiceJet, at least the gap on domestic and nearby international (like Gulf) front could be filled and help bring down fares. Jet’s suspension of flights has suddenly freed up 280 and 160 slots at the completely choked Mumbai and Delhi airports.

The government will now allot these slots for three months to other Indian carriers. Airfares on have shot up due to the sudden demand-supply mismatch ahead of peak summer season.