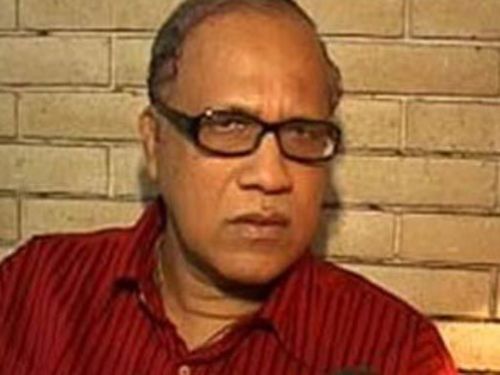 Panaji:  Comparing drugs and narcotics substances to “Bhasmasur”, a mythical demon whose mere touch would reduce mortals to ash, Goa’s Leader of Opposition Digambar Kamat on Tuesday alleged that the BJP-coalition government was turning a blind eye to rampant drug trade in the state.

“It is high time that all of us rise above all our other priorities and unitedly come forward to kill the ‘Bhasmasura of Drugs’ before it is too late. It is unfortunate that the government is time and again saying that there is no drug trade in Goa, just to cover up failure of its intelligence agencies and overall mechanism,” Kamat told a press conference here on Tuesday.

“The devil has already penetrated in the hinterland of the state and now it is the responsibility of every responsible citizen to ensure that the evil is destroyed completely,” Kamat also said.

The former Chief Minister’s comment comes a day after a video of an allegedly drugged college student from Bicholim sub-district in North Goa, narrating how he was hooked on to narcotics substances, went viral.

The Congress has repeatedly alleged that drug trade was not only rampant in the tourism-oriented coastal belt, but also in villages in the hinterland like those in Bicholim.

“The Government should keep a high vigil on the drug trade in Goa and all the schools and colleges should be brought under scanner,” Kamat said.

“It is unfortunate that the government has shown a casual aporoach to the drug menace in Goa. I hope better sense will prevail and corrective actions will be initiated immediately,” he added.

Chief Minister Pramod Sawant in the recently concluded budget session of the state Legislative Assembly, had denied the existence of a “drug mafia” network in Goa.