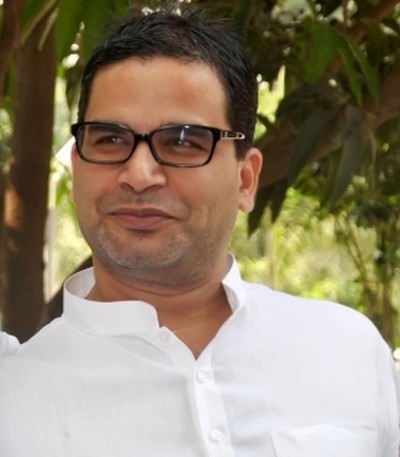 Kishor, who runs a consultancy firm Indian Political Action Committee (I-PAC) and has been successful as poll strategist for many parties across the country was removed from the JD-U last month.

The 43-year-old who recently got Arvind Kejriwal to win the Delhi Assembly polls, will be launching his “Baat Bihar Ki” campaign from February 20 to reach out to the people.

Kishor who was born in Bihar’s Arrah district believe in the need for new leadership in his state.

Addressing a press conference here, Kishor spoke out on his fallout with Chief Minister Nitish Kumar.

“My relationship with Nitish Kumar has never been a political one, he always treated me as a son. Those who know us will vouch for this. I also consider him a father figure,” he said.

Kishor, along with senior JD-U leader were expelled on January 29, for questioning the party’s stand over the controversial Citizenship Amendment Act (CAA) and the National Register of Citizens (NRC).

Attacking the JD-U chief, Kishor said: “Nitishji does not need to stay in the NDA coalition.”

He said there have been many discussions between him and Nitish Kumar about the party’s ideology. “Nitishji always told us that the party can never leave the ideals of Mahatma Gandhi. But now the party is with those who are soft on Gandhi’s killer Nathuram Godse. For me Gandhiji and Godse cannot go hand-in-hand,” he said.

He said that the ideological differences with Nitish Kumar first emerged during the 2019 Lok Sabha polls. “We had a standoff on two points. It’s not new, it started during Lok Sabha elections,” Kishor said.

Firing all guns at the Chief Minister, Kishor said: “You shall have to tell us who you choose.”

Kishor lamented that the pace of development is not good in Bihar despite his party ruling the state for last 15 years. “Take any two indicators of Bihar and compare it from 2005. Even today it is more or less same since 2005, condition has not changed in Bihar,” he said.

He, however, did have a few good words for Nitish Kumar. He lauded the Bihar Chief Minister for launching the bi-cycle scheme to bring the girl students to schools.

“He distributed cycles, he tried to improve schools. But still conditions did not improve and still number of students are studying outside Bihar,” he said.