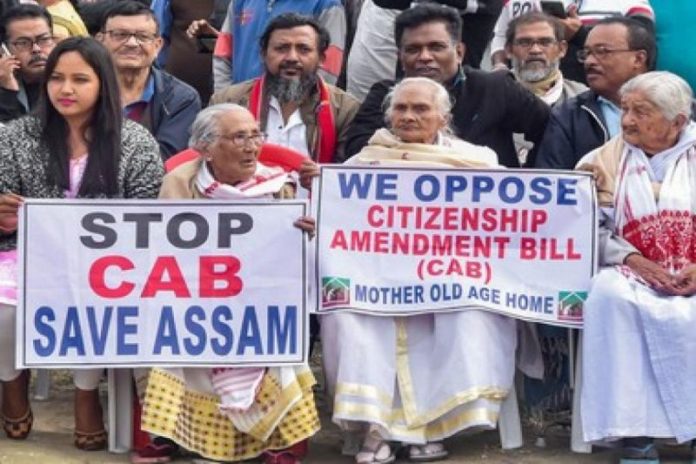 The nation is on fire! The Citizenship (Amendment) Act, 2019 (CAA) which was promulgated on 12 December after the President of India gave his assent to the Citizenship (Amendment) Bill, 2019(CAB), which was earlier passed by both the lower and upper houses of Parliament is blatantly discriminatory, divisive and draconian: besides, it is patently unconstitutional and it goes against the grain and spirit of India’s democratic framework.

The CAA amends the Citizenship Act, 1955 to make irregular immigrants from Hindu, Christian, Buddhist, Sikh, and Zoroastrian communities from Afghanistan, Bangladesh, and Pakistan eligible for citizenship, but it significantly excludes Muslims. The government makes a distinction between Muslims, who it says have immigrated illegally, and ‘refugees’ – namely Hindus, Sikhs, Buddhists, and Jains trying to escape persecution in their country of origin. Defending the bill in Parliament during the debate on it, the Home Minister Amit Shah said, “There is a fundamental difference between a refugee and an infiltrator. This bill is for refugees”. But there are very few buying his argument. Already, some months ago, several opposition lawmakers, part of the Joint Parliamentary Committee that reviewed the bill, concluded that it is a violation of Articles 14 and 15 of the Indian constitution, which guarantee the right to equality and non-discrimination. 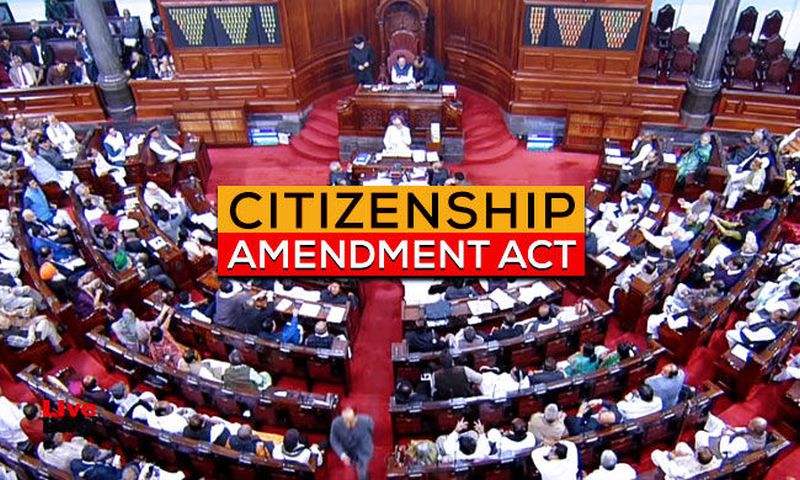 When the CAB was being proposed, prior to its being tabled in Parliament, there was an expected and natural outrage from all sections of civil society: constitutional experts, academics, social scientists, human rights defenders and other concerned citizens; there was an unequivocal opinion that together with ‘The National Register of Citizenship (NRC)’, the CAB is a blatant negation of the human rights of a citizen. The CAB whilst “assuring” citizenship to all undocumented persons, except those of the Muslim faith, risks tearing the country apart, reopening the wounds of partition, and ultimately destroying the secular and democratic tenets of the Constitution. 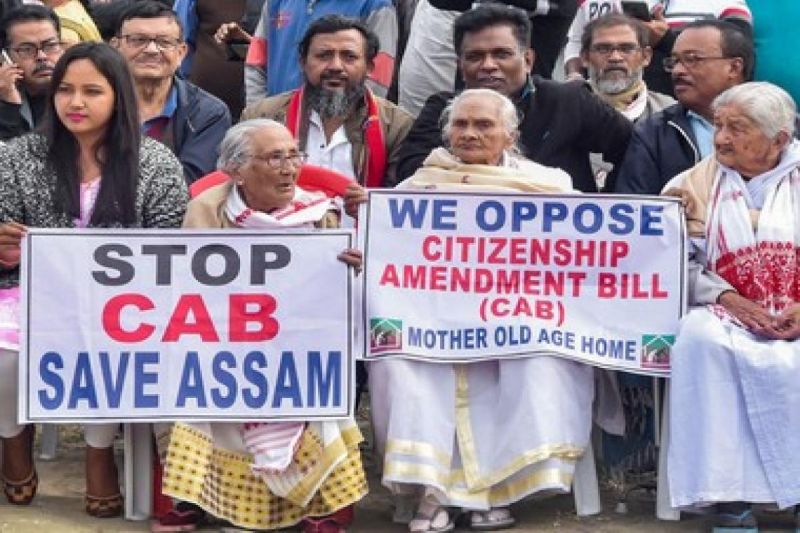 A few days ago, campaigning in Jharkhand, Shah said that, “2024 is the deadline for completing the National Register of Citizenship across the country.” This is an extremely dangerous step and the country today stands at the brink of catastrophic human suffering and injustice, if the government as it plans to, begins implementing it nation-wide. Most see the CAB as a very manipulative ploy: a diversionary and polarising tactic, by an incompetent Government which is not able to govern the country; where law and order has broken down and where the economy is in a shamble, with lowest GDP, low Consumption, highest unemployment, closure of industries etc. The country on every possible parameter has touched its nadir!

On expected lines, ever since the CAB was passed in Parliament and later approved by the President, there is a huge backlash all over the country. Millions have come out on the streets to protest the CAA: from Assam to Kerala, from Tamil Nadu to Tripura the country is literally on the boil! The army has been called out and curfew has been imposed in several places; internet has been shut down in some areas and a general curb of social media! The people of the North East are clear they do not want people of other ethnicities to come into their area even if they are ‘Hindus’, the people there are able to see through the machinations of the Government to flood the area with ‘outsiders’ in order to increase the number in their vote bank! Violence has already flared up in several areas across the country. Eminent citizens in several signed statements, at media conferences and citizen rallies have vociferously condemned this fascist act of the Government 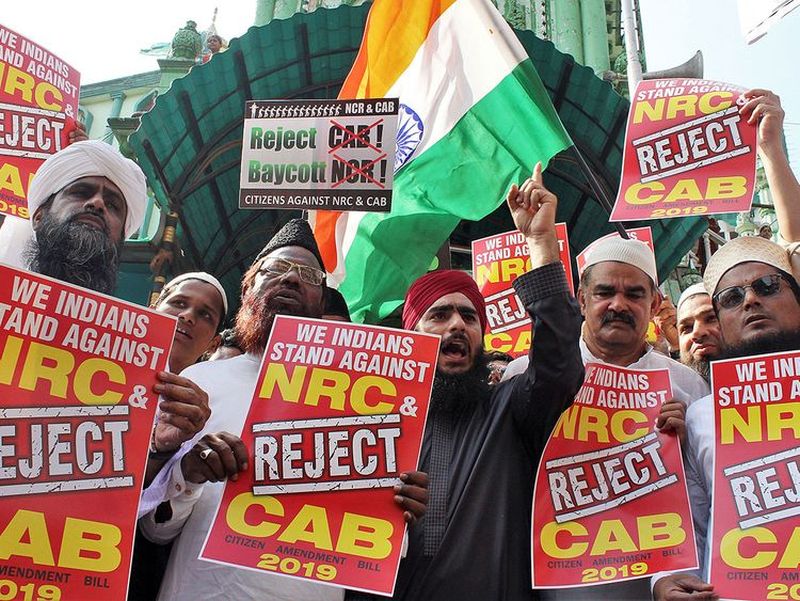 Several prestigious national human rights organisations have not minced words in their statements. The People’s Union for Civil Liberties (PUCL) in a detailed release entitled, ‘Citizenship Amendment Act, 2019: A Hate Driven Move’ has deplored the CAA and given an emphatic call “to Citizens to launch non-cooperation Movement against CAA & NRC”. The PUCL statement said, “it is a matter of supreme irony that while the rest of the world woke up to 10th December, 2019, celebrated globally as ‘International Human Rights Day’, we in India woke up on 10th December to witness the virtual desecration of the key human rights principles enshrined in the Indian Constitution which values respecting diversity, ensuring equality amongst all communities and promoting co-existence, secularism and communal harmony. In the early hours of 10th December, 2019, the House of People (Lok Sabha) voted in favour of differentiating and discriminating persecuted people who seek refuge in India in terms of Muslims versus other religions. The dark irony in the deliberate action of the NDA government brazenly rushing through a discriminatory draconian law on Human Rights Day was not lost on the rest of the world, as numerous countries condemned the passage of the communally oriented Citizenship Amendment Bill.”

The Citizens for Justice and Peace (CJP) and their grassroots teams, under the stewardship of its Secretary Teesta Setalvad has been working resolutely on issues related to the NRC and the CAB/CAA. In a campaign endorsed by several eminent citizens from all the country, the CJP statement said, “For the first time there is a statutory attempt, to not just privileged peoples from some faiths but at the same time relegate another, Muslims, to second-rate status. The proposed amendments to India’s 1955 citizenship law (Citizenship Amendment Bill, 2019) need to be strongly rejected on these counts alone, in that they are divisive and discriminatory in character. The CAB, 2019 is at odds with Constitutional secular principles and a violation of Articles 13, 14, 15, 16 and 21 which guarantee the right to equality, equality before the law and non-discriminatory treatment by the Indian state. 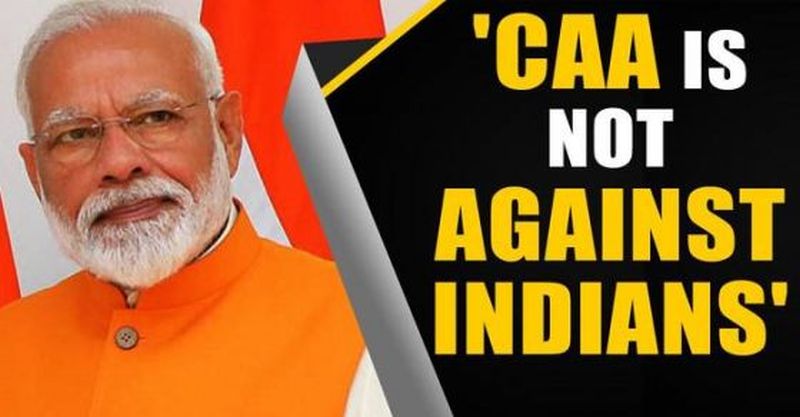 This regime threatens to go further. Through the process of enlisting for a National Population Register (NPR) and thereafter a National Register of Citizens (NRC), the present government appears intent on causing huge upheavals within Indian society. Assam has, especially since 2013 been reeling under the impact of this ill-conceived exercise. Apart from the huge material costs, the human costs have been immeasurable. Death, families torn apart; detention camps and foreigners’ tribunals; fear, the spectre of statelessness – this is what the ordinary people, especially minorities, Dalits, women, children and the poor have had to suffer and continue to suffer.

The worst impacted are women and children. A nation-wide NRC, will unleash widespread division and suffering among people across the country – rather than address the critical needs, from food security and employment to the annihilation of discrimination based on caste, community and gender, to the freedom to speak, worship, and live as our diverse people choose. Today 19 lakh persons (1.9 million live a broken existence in Assam with the sword of statelessness hanging over them. Does the rest of India want to tread this path?” 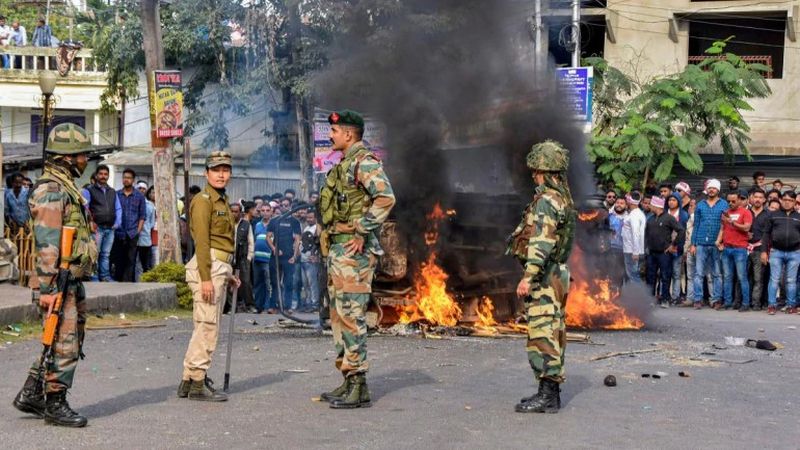 The CAA is clearly a majoritarian construct. There is a systematic but undeniable design for the establishment of a ‘Hindu Rashtra’ which has been on the agenda of the Hindutva elements since the 1930’s: at that time, the writing on the wall was clear (they were always on the side of the British colonialists) should India ever attain independence then it had to be a ‘Hindu Rashtra’. Thanks to enlightened and visionary Indians like Gandhi, Nehru, Patel, Ambedkar and others, they did not succeed in their nefarious deeds! However, very surreptitiously and insidiously they are on the ascendency! They have abrogated Article 370 and 35A of the Constitution, ensured the internet lockdown and blackout of all leaders in Kashmir; there is the Ayodhya -Babri Masjid decision by the SC in favour of the Hindu Community and its refusal to entertain review petitions; then the nationwide NRC and now the CAA; their desire to establish a ‘Hindu Rashtra’ is not only a faraway dream but seems to be an imminent reality!

The so-called ‘humanitarian approach’ to religiously persecuted minorities from other countries is neither humanitarian in approach nor is it intended for religiously persecuted minorities. If it was intended for those fleeing religious persecution then Myanmar’s Rohingyas, Sri Lanka’s Tamils & Sinhalese, Afghanistan’s Hazara and the Ahmadiyyas from Pakistan and many others should also have been considered. If it were humanitarian in approach every ‘refugee’ from anywhere in the world should have been also been granted citizenship going by the skewed logic of the CAA. 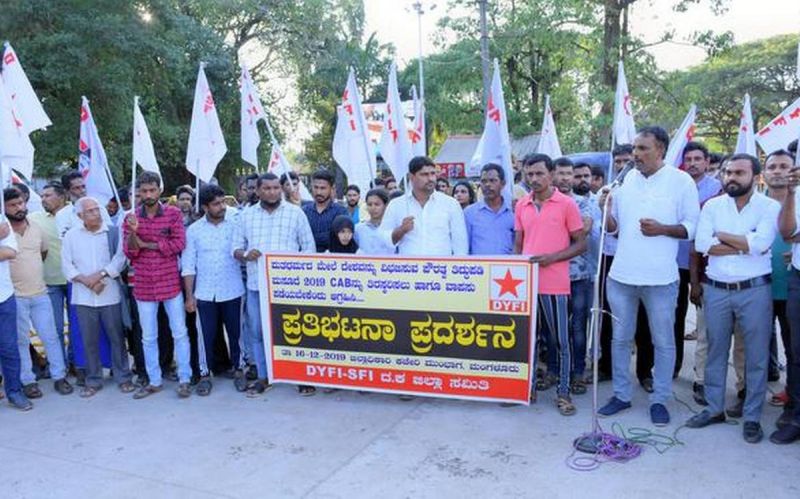 Above all, to think that only Muslims will be affected by this draconian law is to live in a ‘fool’s paradise’! There are millions of undocumented people all over the country: the poor and the marginalised, the Adivasis and the Dalits, several minorities. The CAA undoubtedly aims to target these groups; a ‘divide and rule’ ploy meant to unleash hegemony by the powerful, the rich, the upper castes and other vested interests.

There has been a world-wide condemnation of the CAA. UN High Commissioner for Human Rights, through a spokesperson in Geneva, in a strongly-worded statement said, ‘‘the amended law would appear to undermine the commitment to equality before the law enshrined in India’s constitution and India’s obligations under the International Covenant on Civil and Political Rights and the Convention for the Elimination of Racial Discrimination, to which India is a State party, which prohibit discrimination based on racial, ethnic or religious grounds. Although India’s broader naturalization laws remain in place, these amendments will have a discriminatory effect on people’s access to nationality”. The US State Department, other countries and reputed international agencies have also roundly condemned this draconian law. Many states in India have already stated that they will not implement the law in their respective States – to which the Home Ministry has replied that the States have no choice but to comply with the Centres directives on it!

The Supreme Court is the next port of halt! It is anybody’s guess if the Judges there will act decisively and strike the CAA as unconstitutional. As of now the only option left for ‘we the people of India’ is civil disobedience: to burn the Act and refuse to show any documentation in the context of the CAA to prove our identity. Already several eminent citizens and others have embarked on civil disobedience. We need to take a cue from Mahatma Gandhi who said, “Complete civil disobedience is rebellion without the element of violence in it. An out- and-out civil resister simply ignores the authority of the State. He never uses force and never resists force when it is used against him.

In Fact, he invites imprisonment and other uses of force against himself…. Submission to the State law is the price a citizen pays for his personal liberty. Submission, therefore, to a State law wholly or largely unjust is an immoral barter for liberty. A citizen who thus realizes the evil nature of a State is not satisfied to live on its sufferance, and therefore appears to others who do not share his belief to be a nuisance to society whilst he is endeavouring to compel the State, without committing a moral breach to arrest him. A body of civil resisters is like an army subject to all the discipline of a soldier’s life. One perfect civil resister is enough to win the battle of right against wrong”.

We need to act now and fast to ensure that the CAA is withdrawn totally and unconditionally and before the fascists take control of our lives and destinies forever!