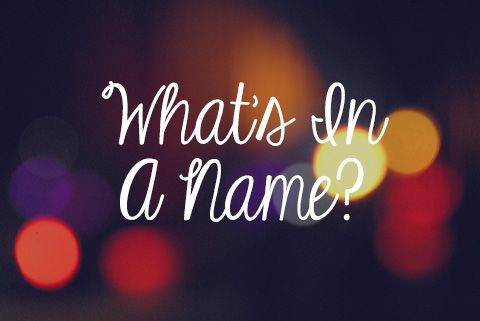 When our daughter was born, fourteen years back, in a mood of great optimism I named her “Shreela”.

Long name meant straining the vocals of the caller, so the two-word name seemed appropriate.

Naming after the rivers seemed inappropriate with the on-going “Cauvery” row.

In the initial years, the name was dismissed owing to a host of pet names.

Now coming to the main theme, the “R” letter of her name always drifted towards the silent zone and the name soon lost its rhythm when it was more often pronounced as “Sheela” instead of “Shreela”.

Initially our girl had no qualms regarding it but overtime whenever the name was misspelled as “Sheela”, the girl’s reaction would be of utter dismay and invariably she would snap back, stacking up all the odds against me and she would let out her displeasure passively with a wry face and I regretted dampening her spirits and puncturing her mood.

By the time good sense prevailed the girl was already in school.

All was well and the climax came when the air was thick with the latest track then, “My name is Sheela….Sheela Ki Jawani….

One day, when she was in class 3, back from school in a note of disappointment in her tone she reported naively “Ma, I have a tough time in school…why I asked rather sympathetically.” Because my name is Shreela and whenever I enter the classroom, my friends sing “Sheela ki Jawani..”

Well…I should have given a second thought, lest put the girl into unnecessary awkwardness.

This was the starting point, the next level it took us was, while en route to her school, a good ten minutes walk, when we encountered tiny-tots from her school in the School bus moving past craning their necks out on spotting us with a wave and breaking into a loud sing-song “My name is Sheela…..blah ..blah..blah..

This would make me giggle and I couldn’t restrain my laughter but would suppress myself, when she would cast side-long piercing glances, in my direction.

I didn’t have the slightest inkling that this name would land us in soup.

The dual names creating quite a muddle and embittering our girl no end.

Now back in our home town, with our older folks at home, fondly calling her “Sheelakka”, another honorific suffix, which would irk our girl even further.

What fellows! Can’t they remember a simple name?

With all this on the fore, another one ensued, this time a crisis of another order. This very name was found irksome by another person and it was my mother, whose second-half name is also “Sheela”.

Now it was my mother who upheld the girl’s cause and echoed her ire along with our girl.

With all these bothers, I should have weighed the pros and cons, though my mind didn’t run on these lines.

After all these hassles, regarding the name issue drawing to a close, my son who’s eight years her senior, would stretch it further,….Whenever the song “My name is Sheela” blared forth from a distant loudspeaker and when our girl would be in a frenzy of rage, despaired on hearing it and the moment she would see her brother tapping his feet instinctively to the very song or whenever he wriggled or twisted his body to the very tune, our girl would be filled with desperation and would close her ear lobes with her palms,all being stirred up!

Noticing her discomfiture and enjoying it up to the hilt, he would pester her again and again…till the song would go on…

Over the growing up years, our girl’s despair and inferiority regarding her name gradually evaporated.

Years pass along, but a few anecdotes always linger behind…

Good article echoing inner feelings of the child which we normally overlook.

What is there in a name?
Would Shah Rukh Khan become as famous with a name like Pedru D Souza?