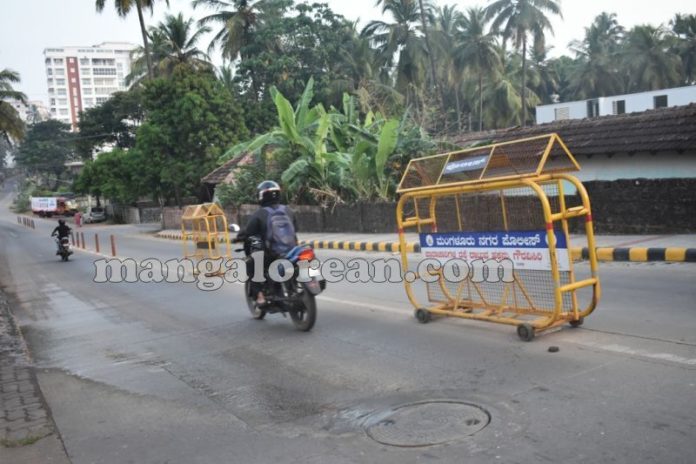 Mangaluru: Talk about the power of media, especially Electronic media where we highlight the civic issues and within few hours or few days the concerned authorities who can’t bear the criticism about heir negligence, quickly get into action and rectify the civic issues. In the past Mangalorean.com has highlighted various civic issues through our website, and there has been a tremendous effect with most of the problems being fixed in no time, from rectifying dilapidated roads, open drainage, non-friendly footpaths, dog menace etc etc.

Here is yet another story of website publicity which has brought positive results, and this time action was taken by MCC a little late, but as they say “Better Late Than Never”, after we had highlighted the civic issue in our website- MCC Officials have rectified the problem. No doubt, that the media plays a key role in shaping the growth of the City. Mangalorean.com had published a report ” https://www.mangalorean.com/is-netas-travel-more-important-than-citizens-life-kadri-kambla-rd-needs-speed-breakers/ “, and the link was forwarded to the Police Commissioner and concerned traffic police authorities, and also posted on social media, and in response it the Traffic Police have taken action. 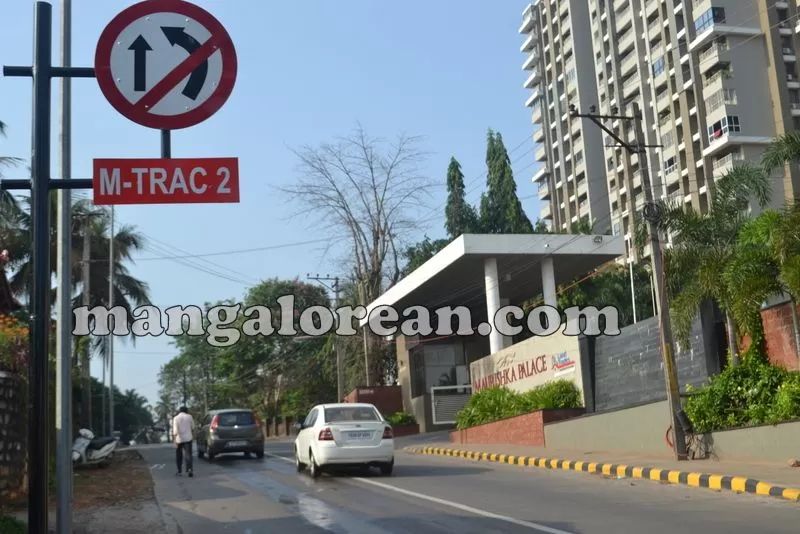 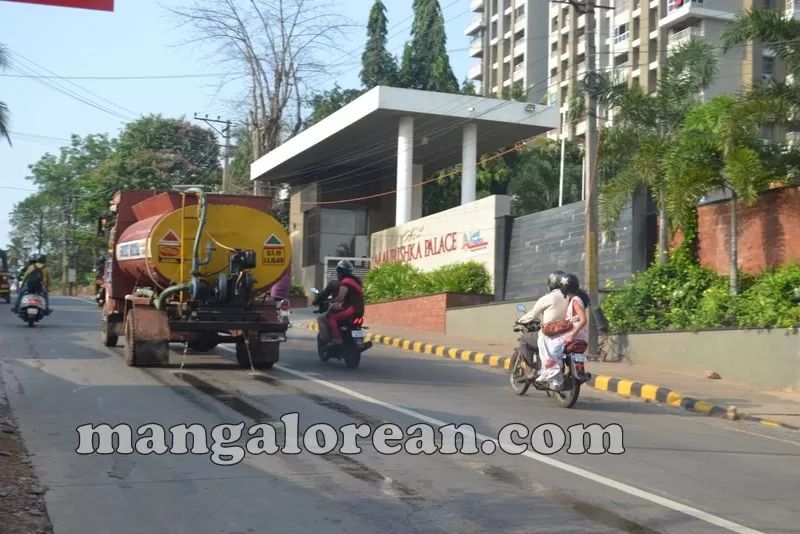 After a recent accident by a speeding truck driver on Kadri Kambla Road which resulted in the death of a 55-year old teacher, Team Mangalorean had highlighted Why Kadri Kambla Raod needs Speed-Breakers in order to Break/Brake the Speed of Speedsters? In spite of many complaints on reckless motorists zooming by on this stretch of the road to the police to install speed breakers or road humps- all the efforts are in vain, since the road leading to the airport is considered to a VIP road, and therefore, no humps or speed breakers can be installed. How nice? If not speed breakers, at least erect a few barricades to slow down the speedsters. Our administration is only worried about the Safe Travel of the VIP or Netas/politicians, but don’t give a damn to the safety of the Citizens. Bah humbug! 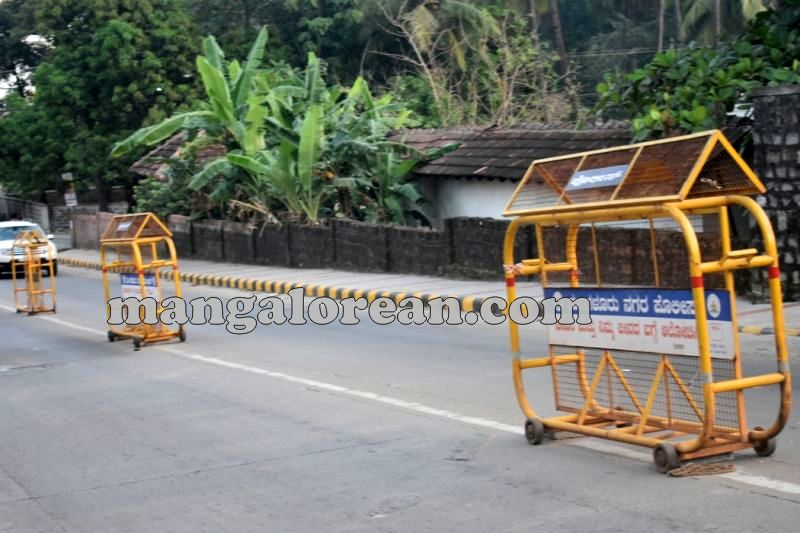 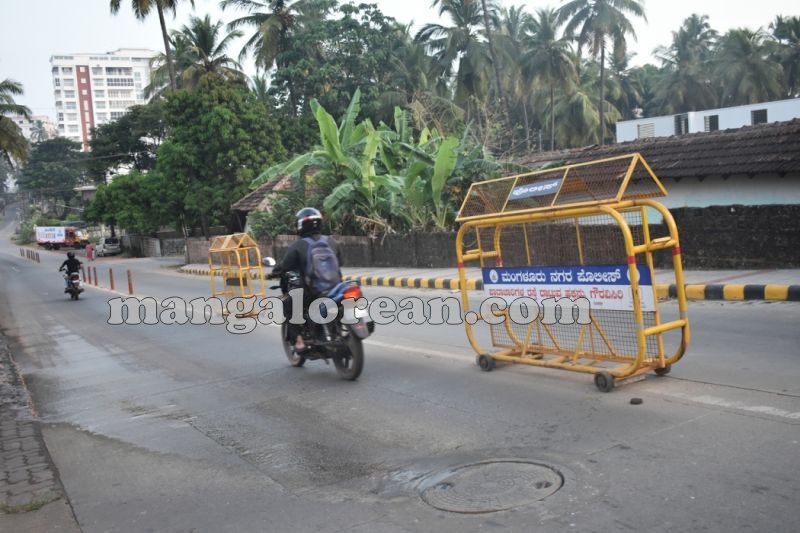 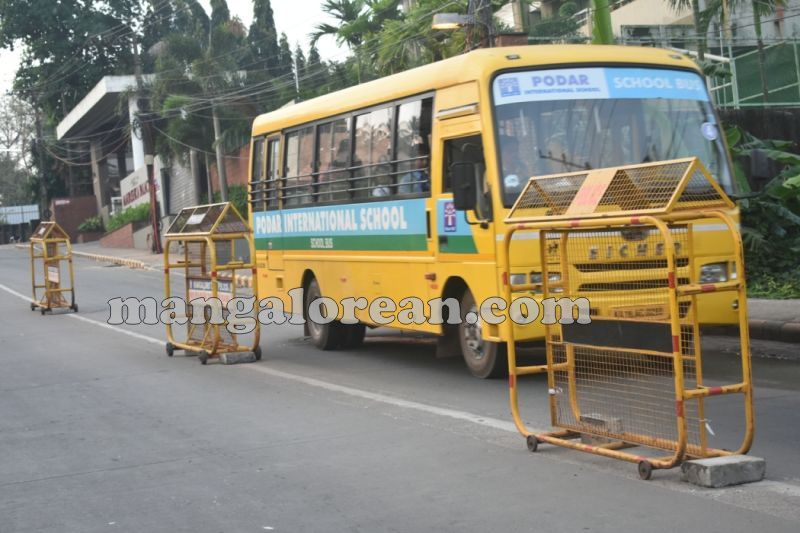 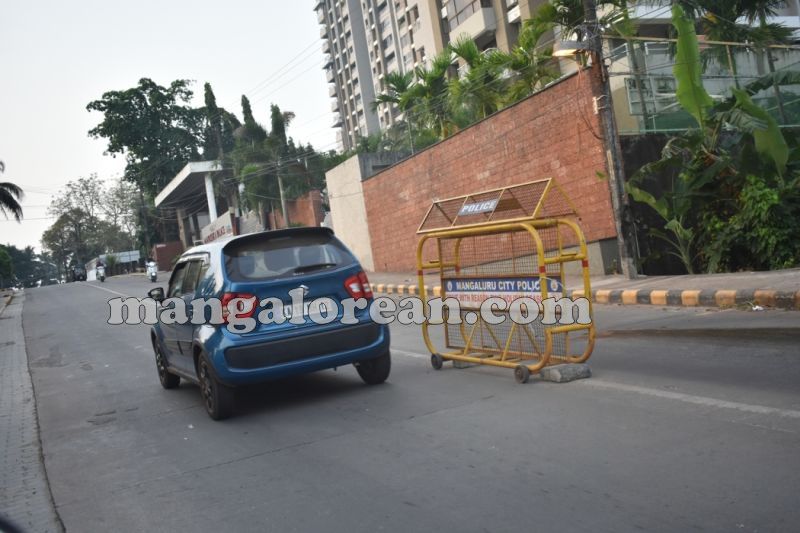 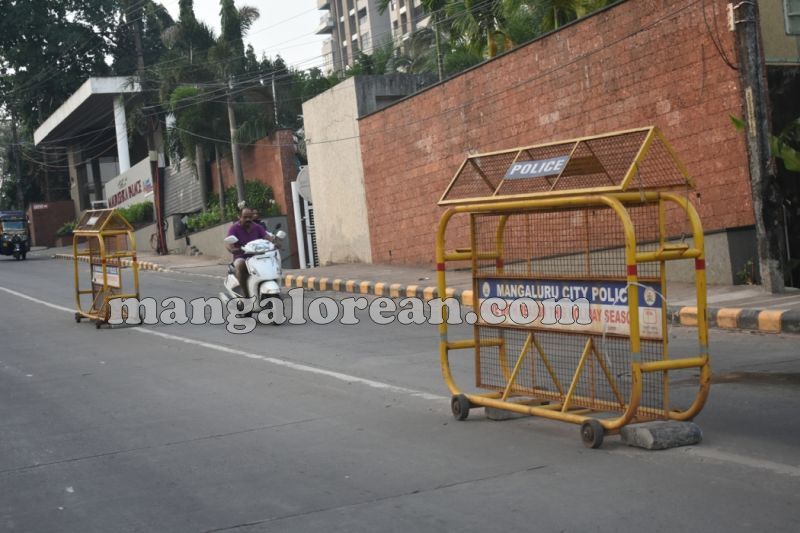 Team Mangalorean had also mentioned that just by installing traffic signs is not enough, they need to be monitored and strictly enforced by the Cops, which is totally lacking here. For a large population like Mangaluru, where traffic increases day by day, but there is absolutely no increase in full-fledged traffic cops-instead we have guards to control traffic, which the motorists give damn respect to them. The entire stretch of Kadri Kambla Road was painted with a broad white line in the middle so that no vehicle should overtake- and now that police have erected three temporary/makeshift metal-dividers few days ago even, other than it has controlled overtaking on this portion of the road in front of Maurishka Palace apartments, but vehicles still zoom by, especially taxis who are always in a hurry to reach the Airport. So the makeshift dividers has helped a little bit, but not fully.

Even though Yours Truly of Team Mangalorean had published two articles on this dangerous Kadri Kambla Raod, where reckless/speeding by motorists is going on, but the cops had turned a blind eye against it. And the result was the death of an innocent lady who lost her life because of a reckless truck driver zooming by in front of Maurishka Palace apartments going towards Bejai/KPT. By looking at the three videos posted in the article link above, you can clearly see the truck driver speeding, taking a wrong way, and dragging the oncoming auto-rickshaw to a few meters, throwing the auto-driver of the vehicle, and killing the lady passenger in the auto, well before that.

I live just the other side of Kadri Kambla Road and take this road probably every single day, and I have seen motorists speeding as if it is a highway- and the cops have done nothing to catch these violators. In spite of few signs posted on this road not to overtake, but no one follows it- everyone wants to speed, overtake- so that they can reach their destination or the airport, couple minutes earlier- but not realizing that they are putting their lives and others in danger and jeopardy. Ms Shailaja a resident of Maurishka Palace apartments speaking to Team Mangalorean said, “I appreciate the action taken by the traffic police by erecting the metal dividers, but it would have been better if they had placed temporary barricades which could have controlled the speedsters. I hope the cops will think it over again and will do the needful by placing barricades”.

In conclusion, it’s okay to have as many Traffic Signs or Traffic Rules, maybe all we need is something that makes us more aware of how we behave in traffic, what triggers a train of abuses, what pushes us to jump that red light, or enter a one-way zone or park in a no-parking zone or honk our horns loud near a hospital or school, or why we leave home without a helmet. Maybe it will make us think the next time we are about to press down on the horn, inch forward to halt on the pedestrian crossing or switch lanes to save 2-3 minutes. Maybe we will slowly learn to become caring people, comfortable with sharing spaces and resources. Perhaps our big urban egos could use on respecting our fellow commuters – other motorists, pedestrians, cyclists and animals.

And while concluding this article, while appreciating the efforts/action by traffic police dept by putting up makeshift metal dividers, my humble request once again to the Police Commissioner Dr P S Harsha, and ACP (Traffic) Manjunath Shetty to look into this “DANGEROUS” Kadri Kambla Road and put a BRAKE to the SPEEDING MOTORISTS, it would be better if they by install SPEED BREAKERS or BARRICADES (even though this road is considered as a VIP Road), so that at least in future, there will be no LOSS of HUMAN LIVES, due to the Recklessness of MOTORISTS!

Mr Alfie,like you said,Private Taxis do most of the speeding and passing vehicles on “No Passing Zone” 1. I have requested last 2 Police Commissioners to STOP State Buses and Private Luxury Buses travelling on the Kambala Road. The road is narrow and these buses make wide turns thus blocking traffic until they are done with their show. 2 Another request I made with Kadri East Traffic many times to stop the Water Tanker Parking near the junction to fill the tanker. By doing this the Tanker blocks the view of small vehicle drivers. Even I requested the Corporator of… Read more »